Historically, the early settlers of Burton Township came from the towns of Adams and Henderson in Jefferson County, New York, and the location was formerly named “Atherton Settlement.”  It was first settled in the year  1831, and originally the city was merged with Flint Township but separated when Flint was incorporated as a city. In  1855, Burton was organized as a township and it was incorporated by its 1,349 residents into a city in 1972.

Burton has a population of about 30,000 according to the 2010 United States census, making Burton the second largest city in Genesee County. There are 13,075 housing units at an average density of 559.7 per square mile (216.1/km2). The gender makeup of the city stood at 48.8% male and 51.2% female with a mixed racial makeup as Burton city is a welcome environment for all races.

The City of Burton is one of the largest communities in Genesee County, and, like most of Michigan, it has a humid continental climate condition.  Burton is home to several  elementary and high schools, churches,  restaurants, and other  community locations. Burton resident thrives economically and enjoys many local events, commercial activities, and recreational opportunities.  Burton boasts of notable locations such as the Brookwood Golf Course, Belsay Station, Southmoor Golf Course, and Burton Library. The residents have access to several shopping malls, like Eastland Mall Shopping Center and South Flint Plaza Shopping Center.

The aesthetic view of the city revealed its tourism potential as a site of attraction with Parks, Gardens, and Lakes. The foremost parks are:

The large population and economic stability have made Burton one the relatively stable locations in the entire Genesee County province.  Burton, MI is a great place to retire or raise a family.  If you are interested in homes for sale in Burton, MI, call your realtor for life, Ed Constable at 810-938-3339.

Read more about Burton, the school district, and Bentley schools.

Interested in owning one of the homes for sale in Burton, MI?

Ed Constable has set up a few searches of available properties and homes for sale in Burton for you below. Feel free to contact him for your own custom search with automatic updates when a property that fits your needs hits the market! 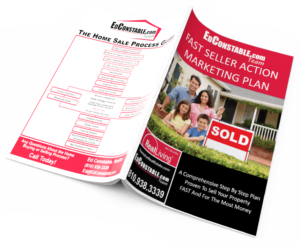 Get Our FREE Fast Action Marketing Plan & Sell Your Home in Days Instead of Months!

Our proven marketing plan that can get you up to $20,000 MORE for your home.