Ed Constable got his start in Commercial Real estate in 2011, just 6 months out of college with the purchase he purchased his first distressed value-add commercial building.  In 2013, he got his real estate license and quickly became one of the top ten real estate agents in the county, handling more than 50 sale transactions per year and dozens of commercial leases. With Ed’s connections, aggressive sales and leasing strategies, it has allowed him to do deals buildings that have been vacant or for sale for years; sometimes decades. These strategies have taken several buildings from being nearly or 100% vacant to 100% occupied. Ed has an eye for seeing hidden value. He sees buildings for what they can be, not for what they are today. With Ed being a landlord himself who manages all of his properties in house he understands both the landlord and buyers/tenant’s perspective on a lease and it allows him to structure deals and leases that are a win-win for both parties.

What We Do For YOU!

Ed Works his large network of Brokers, Buyers, and Users…

OUR CAPABILITIES EXTEND TO ALL YOUR BROKERAGE NEEDS, INCLUDING: 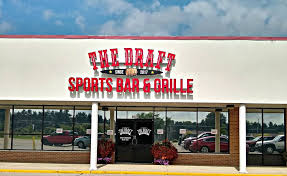 Your Realtor For LIFE!